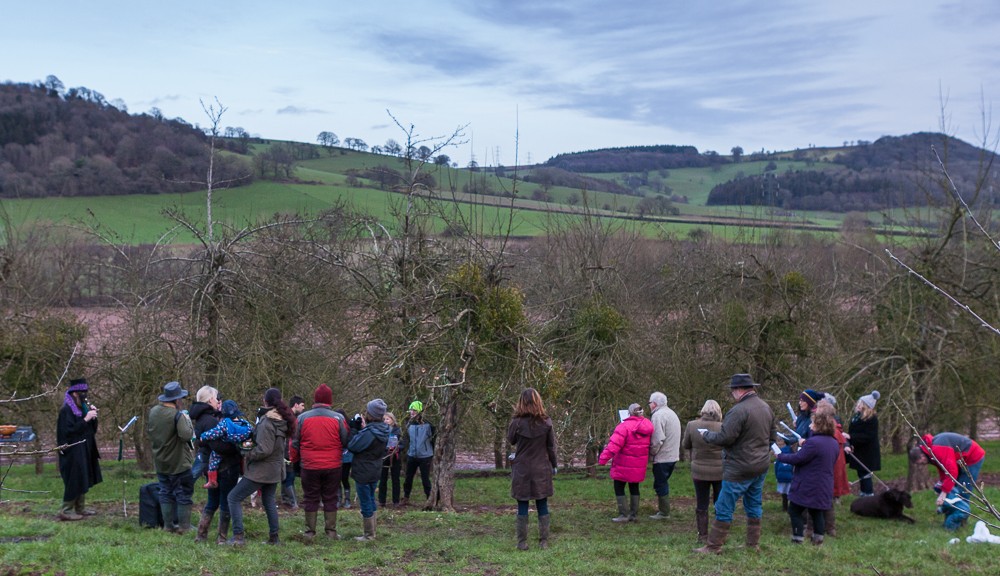 2015 was a big year for Apple County Cider Co. and it felt only right to mark the New Year in the orchards.  A chance to express our hope for a healthy apple crop this year and more great cider to follow.

So we planned a Wassail, the first one for Apple County Cider.  Wassail is a ‘toasting of the trees’ and a very ancient folk tradition.  Held in the bleakest part of the year, the ceremony is ripe with symbolism.

At its heart, the ceremony recognises our reliance on natural forces beyond human control.  Wassail rituals appeal to nature’s generosity for a bountiful year to come.  Held in mid-winter, it has always been an occasion to gather friends and neighbours for some revelry to lift the winter blues.

Not wanting to exclude our young son Francis, we chose to hold the ceremony mid-afternoon.  So no bonfire lighting up the darkness this year.  What we had instead was dramatic January weather with a freak flutter of snow giving way to cold winter sunshine with startling blue skies.

We were really touched that so many locals from the village had made the effort to turn out in the cold.  They arrived bobble-hatted, with dogs-on-leads and children bearing bongos, bell-sticks and tambourines!  We welcomed them into the orchards where Penny and Morris from the Campaign for the Revival of Wassailing (CROW) guided us expertly through the ceremonies.

Penny took the role of ‘Butler’ with a blackened face, a traditional way to transform the person assuming the role. We started with the procession, led by Ben carrying the Wassail bowl filled with cider, then Steph, and the rest following in a long line after.   We circled 3 times around our selected ceremonial tree, before toasting it with cider.

After the tree has received its own share of the cider, the Wassail bowl was passed from person to person to take a sip and give the ‘Wassail’ salutation.  The word is derived from the Old English ‘Wes Hal’ and means good health.  The next part of the ritual involved adorning the tree with toast.  Why toast?  We don’t presume to know the full answer on that one, but a little mystery is surely a good thing?

With toast hung all over the tree, next should come the firing of shot-guns. To the relief of the owners of the dogs and small children, we substituted party poppers instead.  Penny led us in some traditional songs and it was time for some delicious mulled Apple County cider to celebrate.

The party later progressed to our local – the ever welcoming Bell Inn at Skenfirth for a sit-down supper, more music and ceilidh dancing.  We couldn’t have asked for a happier occasion and this will definitely become an annual event.  Wassail! 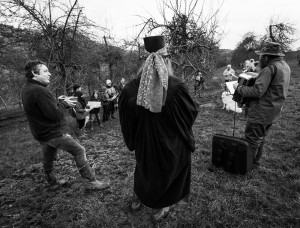 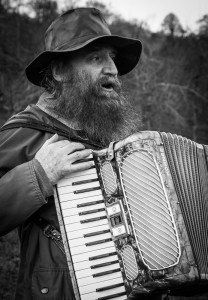 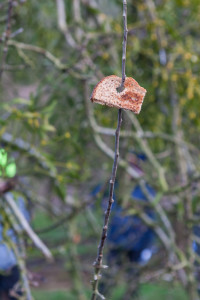