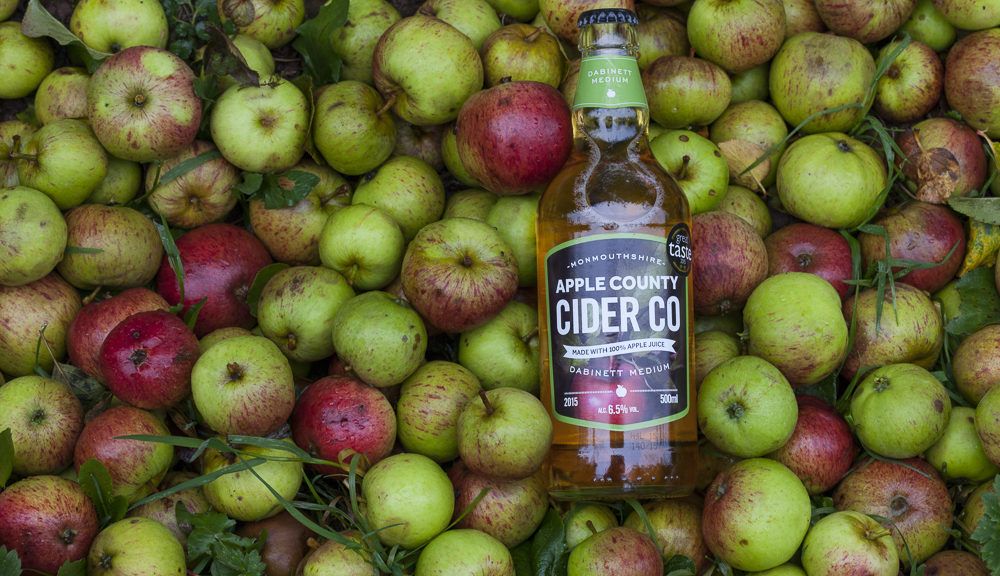 For the second year in a row Apple County Cider have made the Great Taste Top 50 winner list! Last year, our Vilberie sparkling cider won a Golden Fork for the best food or drink in Wales. And we are thrilled to announce that this year, our Dabinett cider has come up trumps, and made it through to the exclusive top 50. As such, it was recently featured in The Times! 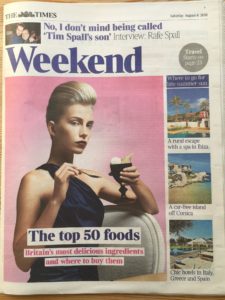 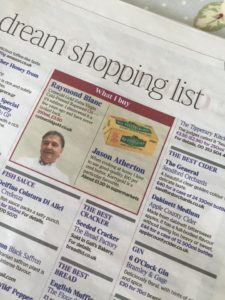 Great Taste are the fine food and drink awards scheme organised by the Guild of Fine Food. Panels of expert judges blind taste the entries. Exceptional food and drink products are awarded a commendation from 1 star ‘simply delicious,’ through 2 stars ‘outstanding,’ up to 3 stars representing ‘Wow – you’ve got to taste this!’ Great Taste awards are very influential in the fine foods industry. There is always a huge demand to enter these awards and they have to limit entries to 10,000 product submissions. These 10,000 products are already a self-selected group; producers only enter their best products into the awards. In 2016 only 35% of the entries were accredited with a great taste award.

The Great Taste Awards 2016 in Numbers:

Last year we were completely ecstatic to not only make the top 50 products but actually walk away with a Golden Fork for best food or drink product in Wales! You can read all about how that felt and what it meant to us.

The Great Taste of 2016 for Apple County

Having reached the pinnacle last year with our Vilberie cider we very nearly didn’t enter again this year. But Ben insisted that this year’s vintage of Dabinett deserved another chance of the limelight. Dabinett had in fact done really well last year, awarded 2-stars. But a little vintage magic enters the mix of with our ciders every year. No two apple harvests are ever the same year on year based on the different pattern of sun and the rain as the fruit ripens on the trees. How the cider maker responses to these different opportunities and challenges every year is the real art of the job. So after a little healthy marital debate, Dabinett was duly entered, along with our Blakeney Red Perry.

The first wonderful surprise of our 2016 Great Taste Year was the discovery earlier in the summer that we had been nominated for a VIP – Very Important Producer award – and along with 5 other inspiring producers were subject to a public vote run by Woman and Home Magazine. We’re thrilled and honoured to be included in this elite group.

In early August, we discovered that Blakeney Red Perry had received a 1star award and our Dabinett this year, the full 3 star treatment and we couldn’t have been happier. But more was to follow, as we received a further email from the Guild of Fine foods with the eye-popping news that Dabinett had brought us to the top 50 list again this year! The email also told us that the top 50 food and drinks were being featured in The Times in a ‘foodies dream shopping list feature.’

We would have been over the moon with our 3 stars, and never expected to be in the top 50 again this year. It is such an amazing feeling to know that some of the most discerning palates have blind-tasted a huge array of products, and have picked out ours for special commendation. The judges praised the

‘…perfect balance [in our Dabinett cider] with fullness of fruit and appealing honeyed caramel/toffee notes matched by a clean uncloying finish of great length.’

Apple County Cider is a small family business. The majority of the time, it’s just us – Ben and Steph – so to have this external validation of our product gives us such a boost. It’s also pretty special to see Apple County endorsed in The Times! Next stop is the awards ceremony on 5th September. We’ll keep you posted.